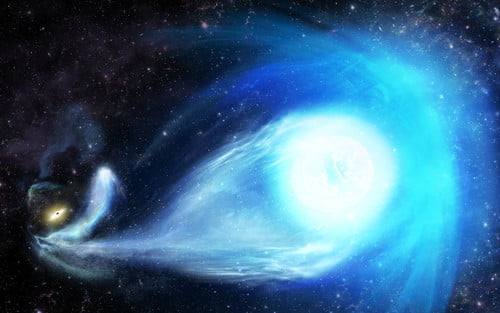 Cosmologists have utilized information from NASA’s planet-chasing satellite, TESS, to make an abnormal revelation: A planet around the size of Neptune circling amazingly near its star. Planet TOI-132b has an orbital time of simply 2.11 days and its surface temperature is evaluated to be a burning 2,032 degrees Fahrenheit (1,111 degrees Celsius).

Cosmologists accept this may because of air misfortune, as Neptune-sized planets near their stars lose gases from their climate and are quickly dissolved into littler Earth-sized planets.

This has lead to a wonder that cosmologists allude to as the “Neptune desert,” a zone around a star wherein Neptune-sized planets are rarely found.

“Although Neptune-sized planets orbiting Sun-like stars are fairly abundant, at short orbital periods they are very rare,” researcher Dr. Matias Diaz of the Universidad de Chile and colleagues said in their paper.

“A number of early studies indicated a lack of Neptune-sized planets with periods shorter than 2-4 days, and the term ‘Neptune desert’ was coined to explain this paucity.”

With the disclosure of TOI-132b, the analysts have found a hot Neptune sitting right on the fringe of this Neptune desert. The star around which the planet circles, TOI-132, is a G-type small star which is 6 billion years of age, and is marginally littler and less huge than our sun.

To comprehend why TOI-132b endure however other hot Neptunes have not, the researchers took a gander at the properties of the planet. They found that it is substantial, being around multiple times the mass of the Earth and that it has a rough center, which makes it thick.

This helped the air of the planet to endure, which likely kept it from being disintegrated into a littler shape. “The survival of the planet’s atmosphere can likely be understood based on its large core mass, and also the incompatibility with being composed of either 100% rock or water,” the specialists said in their paper.

The paper is accessible to peruse on pre-distribution file arXiv and will be distributed in the diary Monthly Notices of the Royal Astronomical Society.